How can I do this thing in hitfilm?

This has to do with blend modes and I don't know if it's possible in hitfilm at least not to behave in this way.  In sony/magix vegas you can set one track compositing mode to multiply and anything below it or parented to it will appear through anything white, like white text will show the picture below it instead of white.

In hitfilm i believe multiply will still show the thing below it if its white but it will also show everything else.  Is there anyway to configure blend modes so that if I'm using a white shape i can show only that shape with something below it like a picture.  sorry if I'm describing this poorly.  here are some pictures.  Basically what I want is the opposite effect of subtract.  Instead of not seeing the circle, I only want whats within the circle to be visible.  I want to make some other shapes so just using masking wouldnt work. 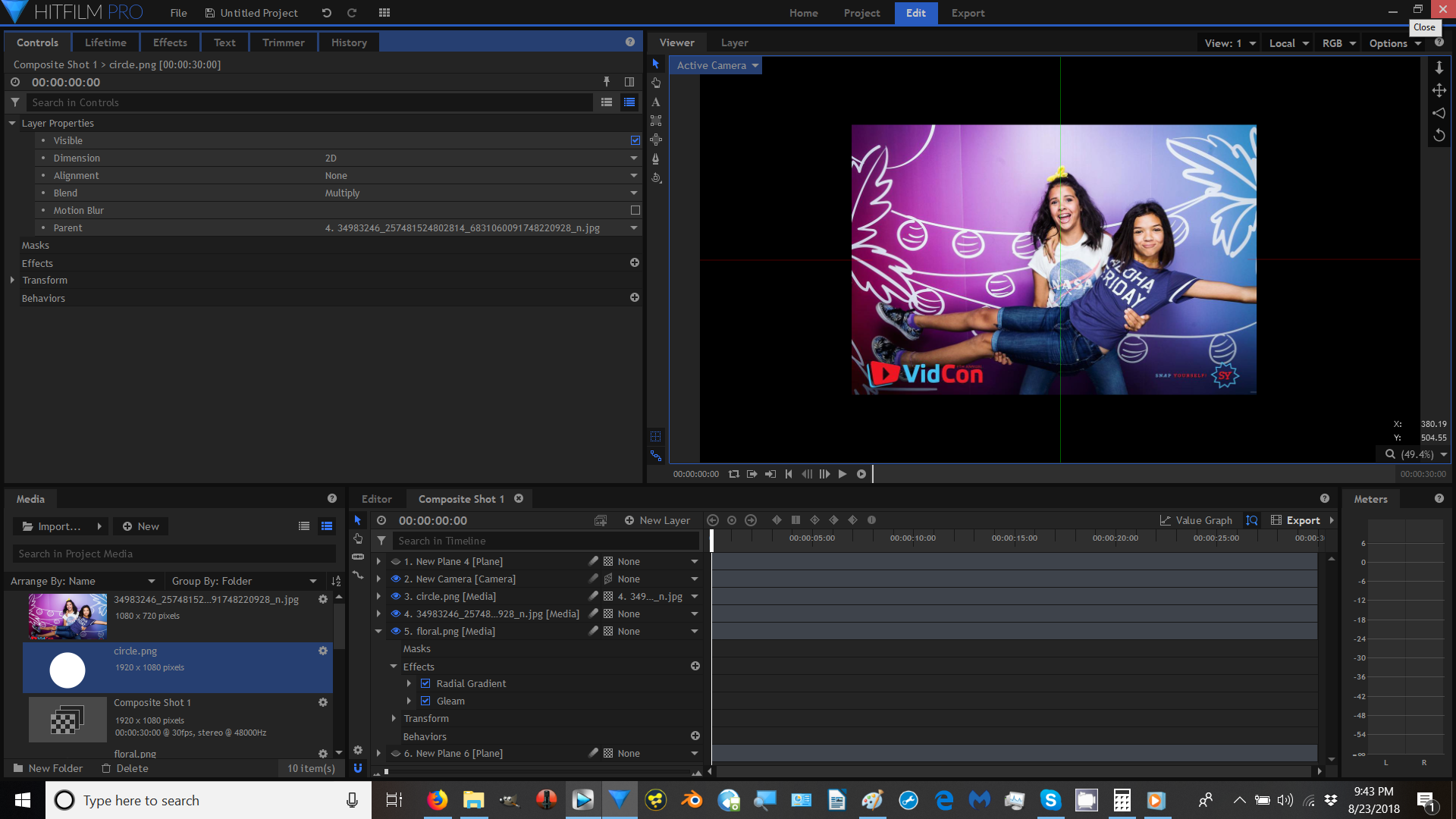 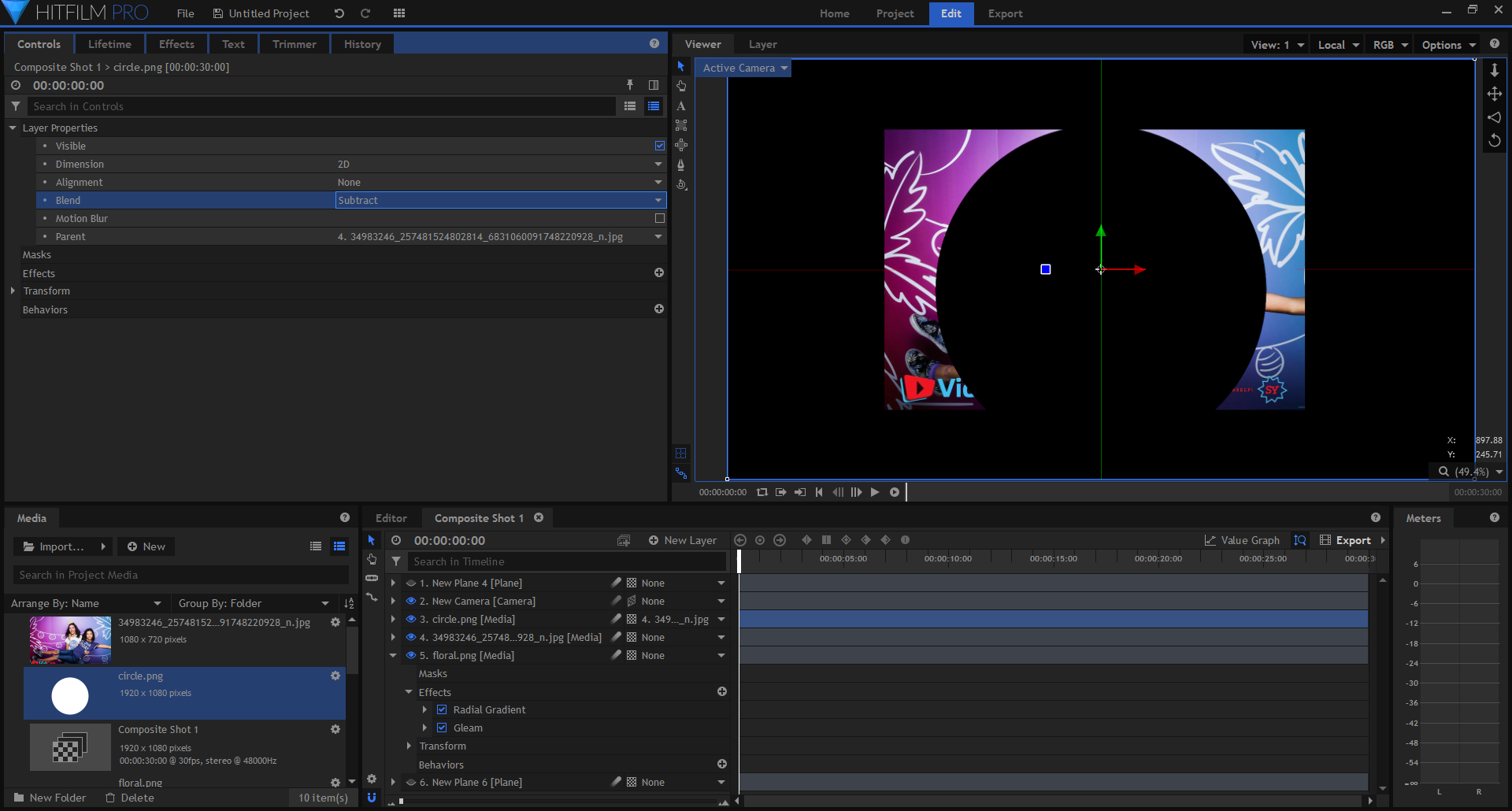 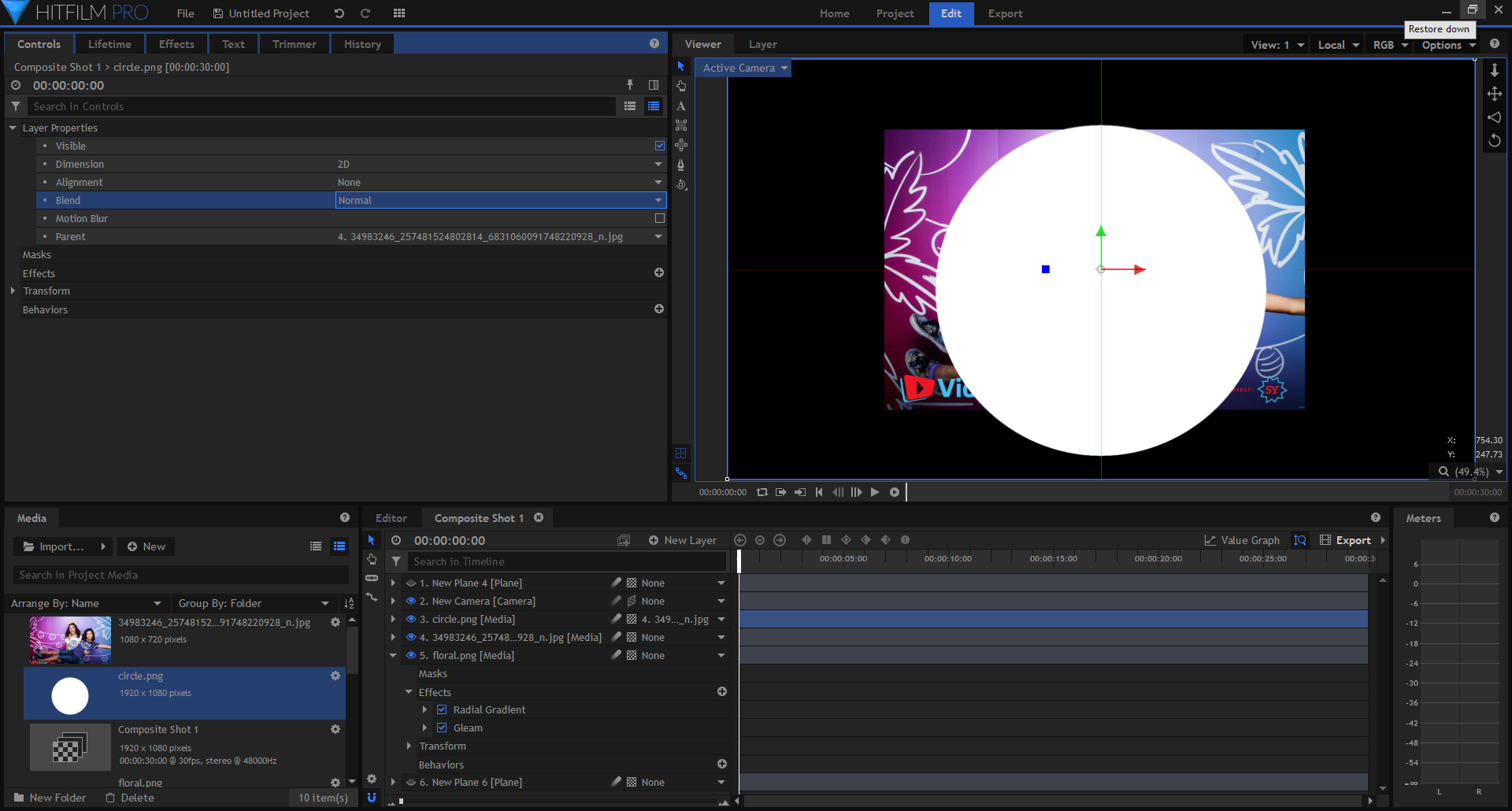