DafterThings Website User Posts: 922 Enthusiast
May 2018 edited May 2018 in Show off

As often happens,  the result didn't match the original visualisation and I really struggled to keep going. 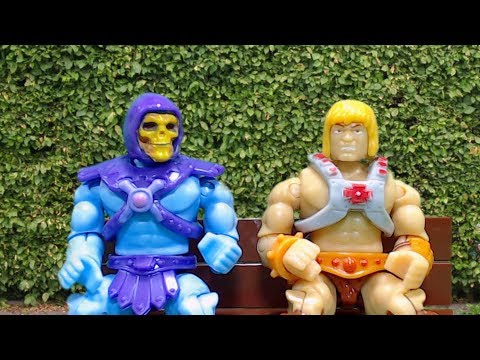 I tried recording the same scenes from different angles which is a right pain for stop-motion. I also had a terrible moment when I realised Skeletor's face was green and his outfit blue. Fortunately,. chroma key effect could handle it after a slight hue change. I didn't realise it would be close to 4 mins which is why it was a bit of a grind for dialog heavy scenes. I find dialog MUCH harder than action scenes when animating. You always feel you're not moving the figure enough and over-compensate. As a result, the heads and arms jerk around.