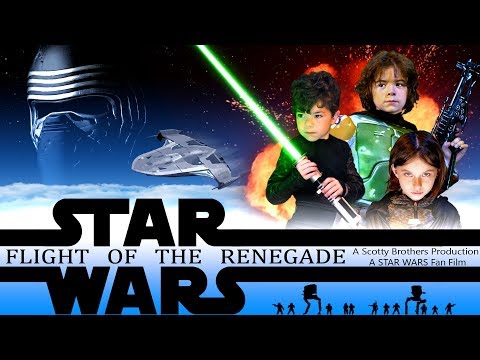 We've just finished writing part 2 of our first movie "Star Wars Flight of the Renegade" and need to get down to planning production. (with no experience at all, we taught ourselves Express in just under a month)

One conclusion is that we have exhausted our source material for backgrounds and sets (Star Wars the Old Republic) and would like to start directing scenes with a combination of 2D and 3D elements. The step up to Hitfilm Pro now seems clear for our desired VFX needs. However, we would appreciate any feedback from veterans for some of these new hurdles...

(edit) HA! Looks like I need advice in how to embed a movie here first!