Don't know if this has been reported (search is...yeah, never mind), but unless this is a special format .MP3 file, I'd have expected someone to have found this the first time they added any sound to a video.

First a loud glitch, (like it's playing the header?) and then slicing shows it incrementally nibbling away at the length and apparently losing definition - in the display anyway.

Someone recently said they got a frame of silence between cuts, so the apparent zero volume slice shown in the video might be doing that, I guess. I couldn't hear anything different after adding lots and lots and lots of cuts though.

This was in Express 2017 (update #5) and update #4 of  Pro. Haven't installed update #5 of Pro yet, but as version number is same as Express update #5: probably there too. 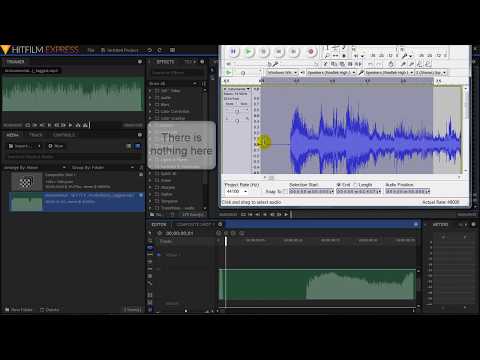