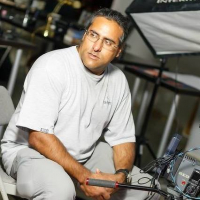 I imported footage recorded on an AJA Cion in ProRes 444 (HD). The audio is dual mono, 24-bit 48KHz, and it is apparently undetected in HitFilm. I get no audio, no waveforms, nothing indicated on the meters in HitFilm.