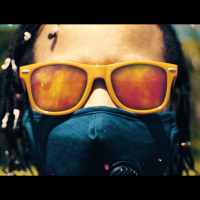 PhilWesson Posts: 241 Enthusiast
May 2013 in Practical Filmmaking
Hey everyone, so I had a crazy idea, and I'm going for it.
Not too long ago, Simon and I were talking about using Google+ Hangouts to increase community involvement. Seeing as everything i've learned about film making was from peers, I've decided to make a live show that airs once a month where people can talk about different aspects of filmmaking: from acting, to directing, to the differences in approaching web series to short films, to vfx to the kitchen sink.
By using Google + hangouts on air, you can post the episode anywhere that can accomodate an embed code, and can even have live comments. I'd really love to hear your thoughts on this, as any involvement you'd like to bring to the table.
I have a list of topics that I'll release soon, so if anything strikes your fancy, let me know! Here's the video I made today describing the project.
http://www.youtube.com/watch?v=kBUe1BJa9yE
0 · Share on FacebookShare on Twitter