Dimipapa Posts: 436 Enthusiast
January 2013 in Post-production techniques
Ok this is the psp version so it's not quite the same as the old sprites all the spells and special attacks are particle looking things.
Trying to learn how to use this thing more and not having much luck with my other editing endeavors I thought it would be fun to try and do this.
This is what I have so far 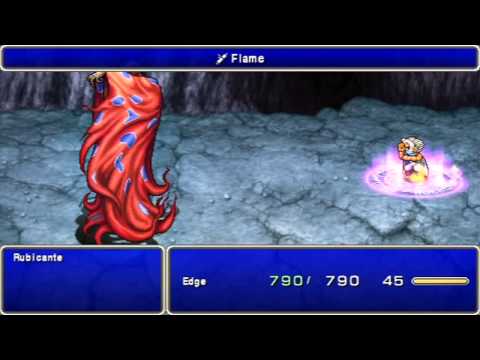 The original attack comes first followed by my best attempt at recreating it.
Blitz is at a lighting attack but didn't have the best idea how to mimic it's appearing and ferocity
Flame, that is my second attempt at it, it doesn't look quite the same, might try to add embers to it eventually but It doesn't look too bad
Flood, I haven't even attempted yet any idea how I could do that one?
0 · Share on FacebookShare on Twitter