FingerPeopleMovies Website User Posts: 41
December 2012 edited December 2012 in Practical Filmmaking
I've done several Gollum videos before, but I thought with Hitfilm 2 Ultimate I could take it a step further and have a video actually take place in Middle-Earth. I created the side of Mount Doom, the mountain range in the background, and the sky dome in Bryce 7.1 (free from Daz3d.com) and imported them into Hitfilm. I had some difficulty moving the camera around, so I parented it to a control point. The fireballs were mobile emitters with the simulator positioned in the center of the ash column. For Barad-dur, I just found an image on the internet, rotoscoped it, and applied vibrance to make it fit in the scene better. I tried to get a more hand-held feel using the shake effect. I narrowed the camera's depth of field, and tried adjusting the focus as it moved through the scene. Sometimes I could get it to focus, sometimes not. This was the first film I've made in which all of the editing was done inside Hitfilm, and I can say that it has become my preferred NLE. 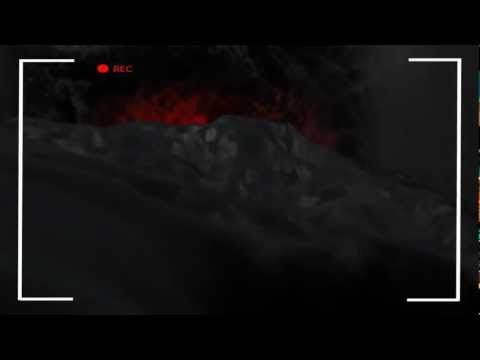