RossTrowbridge Website User Posts: 423 Enthusiast
May 2012 in Practical Filmmaking
I was asked to create a video to showcase the ships of the Seventh Fleet, an organization of Star Trek clubs I am a part of. It was to be shown at CONduit, a fantasy/sci-fi convention in Salt Lake City over the Memorial Day weekend. The video to be played at the fleet's information table in a busy hallway and loop over and over. I had four weeks to put it together.
For the next three weeks, I rendered out one sequence after another. I didn't even take the time to do any storyboarding. I ended up creating 23 new animations for the video. Some sequences had to be rendered out in several layers so that I would be able insert effects later. A couple of times, there were four layers to be rendered.
The last week was spent adding the effects (weapons, shields, explosions), and then doing the final edit where the shots were cut together with music and sound effects. I burned a vacation day at work the day before the convention began to finish up the editing. I was up until 1:30 AM that night finishing it up. A last-minute snag with the output from Sony Vegas caused me to have to rebuild the whole thing in Adobe Premiere.
But it all came together in the end. Yes, it is a bit rough around the edges. There just wasn't time to do any rerenders, so I had to run with what I had. But I am happy with what went into the final video.
Here is the link... 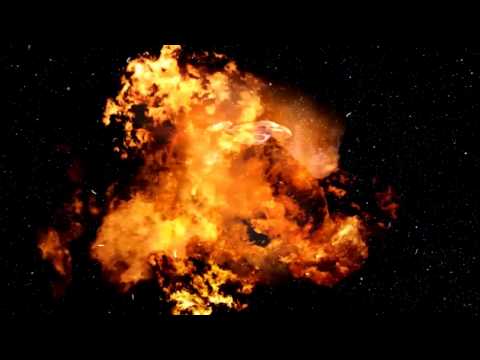