Andrew Posts: 379 Enthusiast
January 2012 edited January 2012 in Practical Filmmaking
Hey guys! Today I wanted to share with you an announcement of (and act as a production diary for) our latest narrative project Hell Or High Water.
[img]http://img824.imageshack.us/img824/8708/hellwater.png[/img]

The script was written last fall with the intention to be produced as part of a college film school project, but was further developed and expanded once we got an executive producer involved, and is now something we're working on this winter and hope to use as a festival entry throughout the year. We'll be shooting/in-production later this month, and then running through post-production and having Chase score on into March.
To start off the production thread, I thought I'd post the opening paragraph to the screenplay for you all to peruse. Not that it's of any real value, content-wise on guessing the story- but I thought it'd be interesting to see what happens in translating from the prose to the screen, visually.

[indent]"[size="1"]We open on the interior of an abandoned, dilapidated building. Old, crumpled leaves scatter the kicked-in doorways, the floors stained in filth and wreaking with an air of neglect. The windows, boarded, offer no entering light, leaving the only a single flickering fluorescent overhead to supply the room. A man, JOHN- early 50s, suited with a well-weathered face and slicked-back dark hair- waits seated in one of a few chairs in the room. He looks to his watch and then to the lone, obscured window in front of him, resting his arms firmly in the disheveled elegance of a tattered, old armchair.
He looks to his surroundings, a second chair five to ten feet in front of him purposefully placed, as if for a meeting. He gazes at the chair with an intense contemplation, his fingers twitching slightly and bloodshot eyes narrowing-in. JOHN is a calm man with a seated position of confidence and intimidation, but looks to the subtle jerks of his fingers as if they've betrayed his own since of power. He draws a cigarette from his breast pocket and pulls out an old, antique lighter. Before he can smoke, a noise at the door rustles."
[/size][/indent] 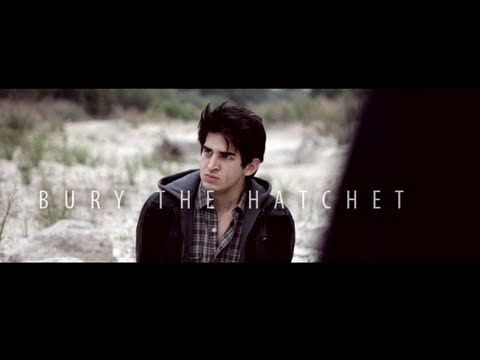 Anyway, maybe that's corny- but I just wanted to share with you guys what we're moving ahead working on and give you some insight before we go further in the process!
0 · Share on TwitterShare on Facebook